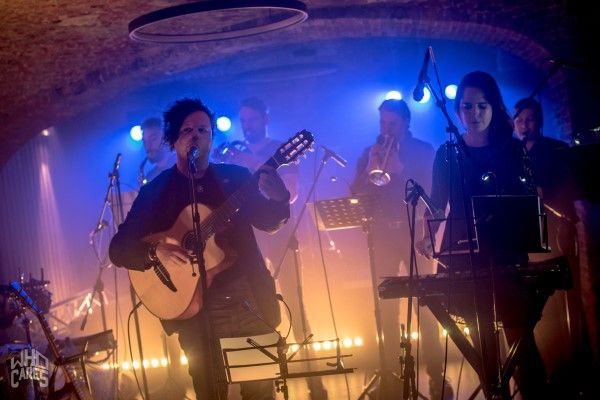 There are two contradicting aspects of individualism: the promise that you can achieve anything and the blaming of the individual for not achieving it.

‘Puin van dromen’ (Ruins of dreams), the debut of Winterstille, was released at the end of October 2020, The record offers a mixture of folk, chanson and gothic. Winterstille will present their CD on 12 November in the De Krop in Kampenhout, and they will open the Porta Nigra Autumn Passage on 13 November in Aarschot. Reason enough to dig deeper into the backgrounds of the various songs on ‘Puin van dromen’. By the way, Winterstille consists of two of your servants at Dark Entries: Xavier Kruth on vocals and Gerry Croon who wrote the arrangements. 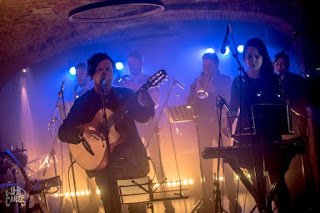 Drink nog een glas (Drink One More Glass)
A drinking song, albeit of a rather melancholic nature. A man goes to the bar, drinks a few beers, talks to strangers, and returns to his house drunk and still lonely afterwards. Alcohol helped to make his life a little easier, if only for a short time.
If I Would Only Know
This song is based on the book ‘Die Leiden des jungen Werthers’ by Goethe. It really just covers the story line, and some sentences are even directly taken from the book. A young man is desperately in love with a girl he cannot get, writes about it to a friend and ends up committing suicide. ‘It’s not just me. All people see their dreams vanish, see their hopes crushed, to the ground.’
Boze wolven (Big Bad Wolves)
The big bad wolves in the text are just a metaphor for our daily fears: being lonely, getting old, meeting other people, reactions on Facebook... and perhaps also the fear of loving someone without restraint. So... don't be afraid of the big bad wolves. Gert Kleinpunk made a beautiful homemade video for the song.
Sans rien dire (Without saying anything)
I was too ambitious for this song. I first wanted to write a requiem for the revolution, then a lullaby for the working class. It finally became a lullaby for a small child, something that has no deeper meaning (hence the title: without saying anything). The adult who calls the child to sleep actually tells her that her dreams will always be more beautiful than reality, so sleep well and make beautiful dreams… Some parts of the text are the adults speaking, other parts are the child dreaming. 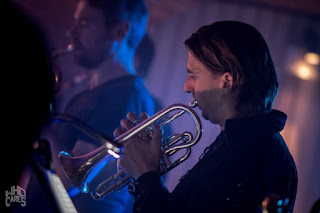 Partizanen van de volle maan (Partisans of the full moon)
I wrote this song after watching the movie 'Hair', a musical that tells the story of hippies who refused to take part in the Vietnam War. The song is about a hippie commune and the way they don't want to participate in the real world, with its wars, hatred and bigotry. They prefer to live in their dreams. (The title is a reference to the song of the same title by the Russian band Akvarium.)
The Shores of Normandy
The shores of Normandy is a song about the landing in Normandy in 1944 from the perspective of one of the Allied soldiers who took part. I had read a very interesting article about the invasion and saw it as an opportunity to write a text about it. It is also influenced by Eric Boggle's famous anti-war songs, such as "Green Fields Of France" and "The Band Played Waltzing Mathilda", which is why you can hear Irish and Scottish patterns in the music. 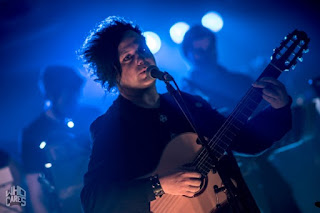 Eric Boggle's songs sing about the First World War, which is easier to classify as a total waste of young life in the name of a fanatical elite. The subject of the Second World War is more ambiguous, as I believe that it was right to fight against the Nazis. But since I didn't want my song to be a glorification of war, I decided that the protagonist of the song should die on the beach, as a reminder that war is always a terrible thing that wretches millions of lives. The orchestrations of Gerry work out great on this song, and we have also included some authentic sound excerpts from the landing in Normandy.
Und sie tanzten (And They Danced)
Gerry wrote the music to this piece already in 2004. Thus, it is the oldest song on 'Puin van dromen' (Rubble of Dreams) and is off course very influenced by the early work of Lacrimosa, and to a lesser intent by bands as Goethes Erben and Sopor Aeternus. Gerry asked me if I could write a text in German for the piece. I decided to delve deeper into the meaning of the song, which is a tribute to the goth scene of the nineties. When I was in Waregem to attend the W-Festival in 2019 – one of the great wave festivals in Belgium – I happened to stroll past the Steeple, a great place where many Gothic parties and concerts used to take place. It is now replaced by apartments. That was the basic idea for the song: someone remembers the big parties that are no longer part of his life. The song contains references to Lacrimosa and Goethes Erben, and even to some obscure songs of the former DDR. As we got nice feedback to this song, we decided to make a video about it. We recorded it on an old brickyard in Boom, as in the Saint Stephanus Church in Nederokkerzeel, where an old Wauters organ from the beginning of the 18th century has a prominent place.
Vrij zinnig lied (Free Thinking Song)
It started out as a reply to a friend of mine who wrote in an article that the free human will doesn’t exist, something that I vehemently disagreed with. The song turned out to be a deeper reflection on individualism. In the first part of the song, the protagonists claims that they can become whatever they want in their life, that they can make all their dreams come true. In the second part of the song, they are confronted with the fact that they didn’t reach their goals, and that they as individuals are entirely to blame for this. These are two contradicting aspects of individualism: the promise that you can achieve anything and the blaming of the individual for not achieving it. At the same time, the song is still an individualist call to never conform to the masses. 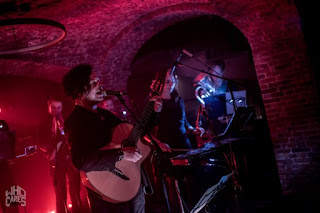 Egmont Park
I wrote this song after watching a TV show about Charles Aznavour. I am strongly influenced by French chanson and singers like Aznavour, Yves Duteil and Renaud. In this program, Aznavour sang his song ‘Comme ils disent’, which was praised in the 1970s for breaking the taboo around homosexuality. But I saw it as a story about loneliness in the big city. My solitude song is about an old woman who goes to the park – I thought it would be nice to refer to the beautiful Egmont Park in Brussels – and talks to strangers about her life and – perhaps more important – dreams. ‘But who cares if they’re true or not, these dreams are all I have ever got.’
Als ik mijn leven overschouw (When I Look Back Upon My life)
A very existential song about someone who looks back on his life and realizes that his dreams did not come true. He comforts himself in the idea that one day his life will come to an end. Great orchestrations by Gerry make this song a highlight on the disc.